Vector biology and one health 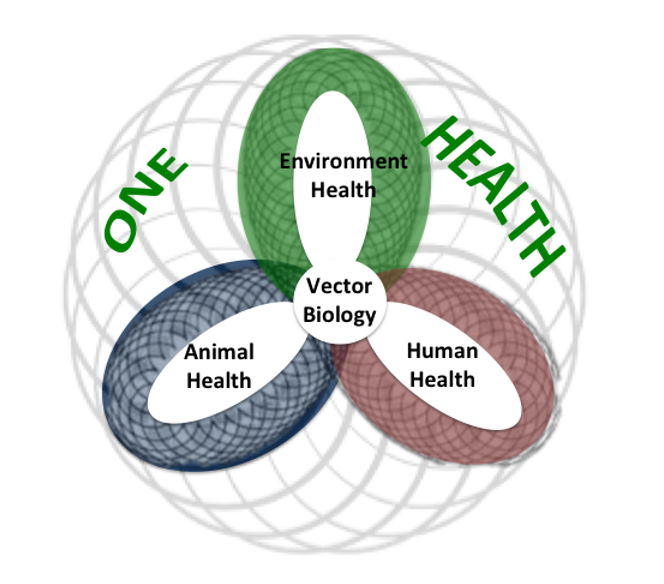 ​One Health
The health of the environment, animals and people are all intimately linked. This idea is not new but it has recently been formalized with the phrase One Health. The World Health Organization and all major public, veterinary and medical health organizations have endorsed the One Health concept as a guiding principle that integrates the multitude of connections between environmental, animal and human health, particularly in the face of climate change. One important way that human health is connected with animal and human health is through vector biology – the study of how insects and other animals move microorganisms, some pathogens, between species.
Our lab studies vector biology, primarily focusing on ticks. We have projects on tick biology, tick genetics and epigenetics, Lyme disease and companion animals, Lyme disease in agricultural animals and in wildlife and the effect of Lyme disease on humans.

Epigenetics:
Epigenetics is the study of how the environment, including bacteria, can change gene expression. We are looking at the effect of tick-vectored bacteria on ticks and on human cells.
​ 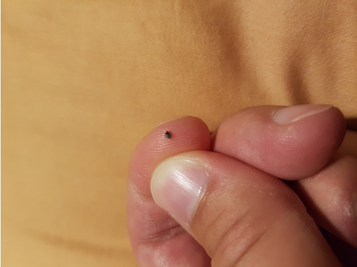 The Tick Bank
Ticks are established in much of southern Canada so testing ticks and studying ticks is becoming increasingly important for the health of people, pets, agricultural animals and wildlife. We accept ticks from the public and test them for Borrelia, the Lyme disease bacteria. For residents of New Brunswick this is free, for people outside the province it is 20$. Once we return results to people, the ticks and their DNA become part of the Mount Allison Tick Bank, a project supported by CanLyme. The tick bank the basis of most of our of our research projects. ​ 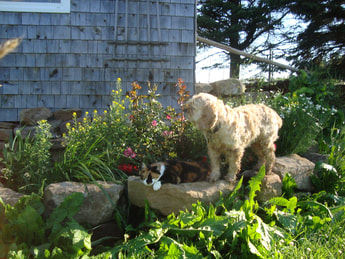 Dogs and Cats and Lyme
Pets contract Lyme disease the same way that humans do - getting bitten by an infected tick. Dogs can often control the infection without getting ill. Cats have been traditionally thought to be resistant to illness when
infected but more recent work suggests that cats too can be affected. In addition to the importance of understanding the impact of Lyme on the health of pets, dogs and cats have been used as sentinels of disease in humans. Because dogs live in human communities and households and mount a strong immune response to Borrelia infection that is detectable with a readily available commercial test – the SNAP test (type of solid state C6 ELISA), dogs have been a good way of estimating the risk to their human family members. Using the dogs to predict the Lymedisease risk to humans has been done extensively in the United States and also in Europe, Asia and in Canada.
​See our Team and Publications for our pet studies. 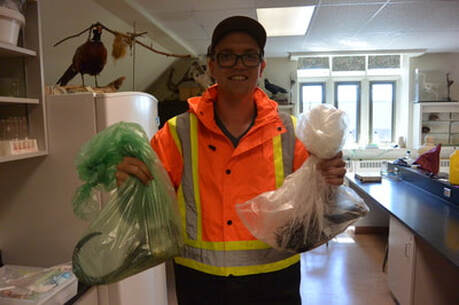 Wildlife Borrelia reservoirs
In order for Borrelia infections to persist, the bacteria need to over-winter in mammals and wild animals are the way Borrelia persists in the environment to act as a reservoir of infection. Each species differs in their susceptibility to infection, and to specific tick vectors. We are currently testing the wildlife in New Brunswick and Nova Scotia for Borrelia infection by collecting animals killed by vehicles, cats and human hunters. The Borrelia bacteria can be identified by PCR, as well as the presence of antibodies against Borrelia in the blood of infected animals. In this way, we will find out which animals harbour infection. We are also looking at the prevalence of leptospirosis in wild animals.


​Lyme disease in humans
We are currently conducting a number of projects on Borrelia in humans.
• Patient outcomes following different treatment approaches for Lyme disease.
• Molecular testing of tissue.
• Qualitative assessment of the experiences of Canadians seeking diagnosis and treatment for Lyme disease. 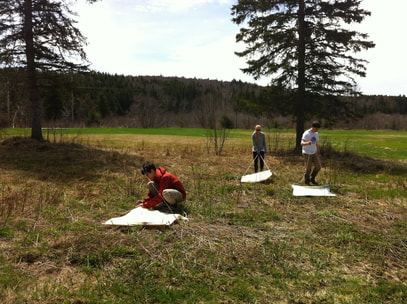 ​Community initiated Research
We are committed to working with communities to study how vectors affect all of the different communities that tie us together. Many of our projects, past, current and planned, have been initiated in response to requests from communities and have been carried out with the help of the public. We welcome all comments and suggestions on research priorities. But please note that science is not fast, cheap or magic. As an example, a project such as "what percentage of ticks in
my community carry Lyme disease?" will cost about $2,000 for reagents (the students and I volunteer our time), and it takes approximately 6 months-1 year for get a grant to fund the work. The project itself then takes an additional 6 months - 1 year.  And we can only look for known pathogens using the methodology we have - we can look for known Lyme disease pathogens but not "something is causing clusters of ALS-like disease in my community. Could it be something in ticks?"
This is a critically important problem - but not one that is easy to solve. We are here for you – but please be patient with us.